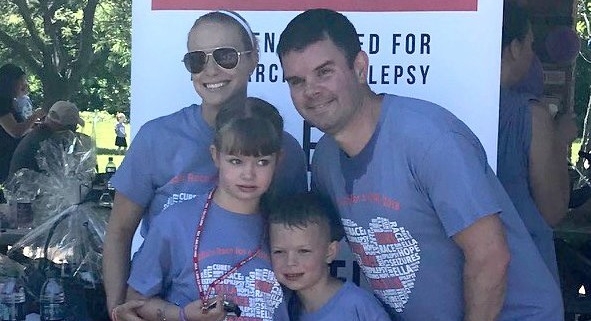 A Chicago-based financial executive with experience leading top-performing companies, Blake Cunneen serves as chief financial officer (CFO) of Jump Ventures and as head of the firm’s mergers and acquisitions initiatives. His professional activities also include serving as CFO of digital security company iSubscribed. While Blake is focused on advancing his career and the work of the companies he serves, he also dedicates much of his time and resources to raising awareness and funding for patient-focused epilepsy research. 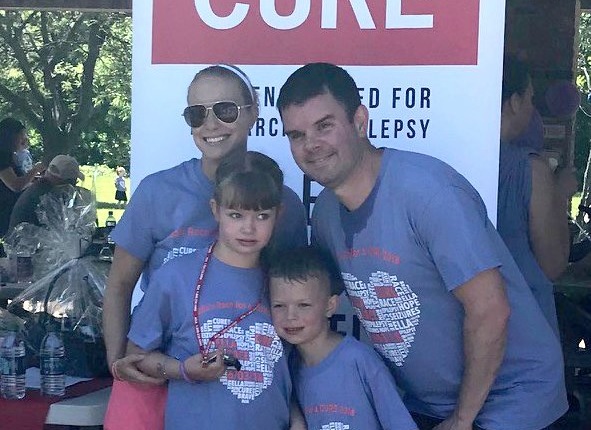 Blake’s drive to improve treatments and, ultimately, find a cure for epilepsy is very personal. In 2010, his daughter, Ella, was diagnosed with the neurological disorder, which currently affects more than 65 million people worldwide. Throughout her childhood, Ella has continued to battle epilepsy, experiencing multiple seizures a week. With his daughter as his inspiration, Blake leverages his financial expertise and business acumen to advance the work of epilepsy-focused organizations.

In addition to serving as vice-chair of the Neurosciences Committee at Ann & Robert H. Lurie Children’s Hospital of Chicago, Blake is a member of the board of Citizens United for Research in Epilepsy (CURE) where he chairs the governance committee.

A top philanthropic partner of the Ravichandran Foundation, CURE stands out as the leading nongovernmental organization focused on advancing epilepsy research. Since it launched in 1998, the group has raised over $60 million for research projects and other initiatives in 15 countries. Today, CURE oversees several research programs while serving as a valuable resource for patients and their families.

A Look at CURE’s Research Initiatives

Under the guidance of national staff members, scientific advisors, and board members like Blake Cunneen, CURE continues to lead the way in epilepsy research. Today, the organization conducts four signature research programs. Here’s a closer look at each one:

Launched to improve the understanding of epilepsy’s genetic causes, EGI collects and analyzes genetic data of people with epilepsy and makes that data available to researchers. One of the main goals of the initiative is to advance precision medicine in epilepsy while bridging the gap between epilepsy patients, researchers, and clinicians.

CURE’s work in the area of post-traumatic epilepsy (PTE) is supported by several academic institutions as well as the US Department of Defense, which provided a $10 million grant to advance CURE’s PTE research program. The goal of the research is to broaden the understanding of how PTE develops in some individuals following traumatic brain injury.

Since 2004, CURE has been supporting research into SUDEP, which is a relatively rare but devastating consequence of epilepsy. To help advance the understanding of SUDEP and find ways to prevent the phenomenon, CURE has awarded more than $4 million in grants and collaborated with over three dozen researchers. The organization also works with government agencies to increase SUDEP research on the federal level.

A rare and severe form of epilepsy, infantile spasms typically occur in the first year of a child’s life and can lead to developmental delays as well as other cognitive and physical issues. Through this program, CURE is funding research to understand the mechanisms of the disorder and develop ways to treat it.

Patient Programs and Resources at CURE

Blake Cunneen and others affected by epilepsy understand how important it is to stay informed of the latest advancements in epilepsy treatments and research. Through his work with CURE, Blake helps guide a nonprofit organization that provides a variety of self-education resources. These resources include online guides on topics ranging from epilepsy diagnosis and therapies to seizure types and phases.

Visitors to the CURE website can also find information about doctors and medical centers in their area that specialize in the treatment of epilepsy. Additionally, the site features a directory of epilepsy clinical trials examining the latest medications and therapies for the disorder. Registering on the site also gives visitors the opportunity to receive news about epilepsy treatments, research, and discoveries directly to their e-mail inbox.

Other patient programs and resources at CURE include the Seizing Life podcast and videocast, which feature helpful stories on living with epilepsy. Throughout the year, CURE also hosts webinars on various topics. Past webinars have discussed epilepsy surgery, dietary therapies, and rescue medications. The free webinar series can be accessed at www.cureepilepsy.org/webinars.

Those who would like to join Blake Cunneen in supporting and advancing CURE’s important work can get involved with the organization in several ways.

Beyond giving financially, CURE supporters can help the organization by becoming a CURE Champion. Cure Champions work nationwide to raise funds and awareness for epilepsy by hosting and/or participating in a variety of events, including activities such as Ella’s Race, golf outings, bake sales, and art exhibitions. CURE even offers its CURE Champion Toolkit to help supporters get started with their fundraising campaigns.

Another easy way to get involved is by attending a CURE event. The group and its supporters host activities throughout the country. Currently, Blake and other supporters in the Chicago area are looking ahead to the CURE 2019 Annual Chicago Benefit. Tickets and sponsorship packages are currently on sale for the event, which will take place Monday, November 18, 2019, at Chicago’s Navy Pier. Learn more by visiting www.cureepilepsy.org/21st-annual-chicago-benefit.

Hari Ravichandran Donates $250,000 to Artists for Peace and Justice

This site uses cookies. By continuing to browse the site, you are agreeing to our use of cookies.

We may request cookies to be set on your device. We use cookies to let us know when you visit our websites, how you interact with us, to enrich your user experience, and to customize your relationship with our website.

Click on the different category headings to find out more. You can also change some of your preferences. Note that blocking some types of cookies may impact your experience on our websites and the services we are able to offer.

These cookies are strictly necessary to provide you with services available through our website and to use some of its features.

Because these cookies are strictly necessary to deliver the website, you cannot refuse them without impacting how our site functions. You can block or delete them by changing your browser settings and force blocking all cookies on this website.

We also use different external services like Google Webfonts, Google Maps and external Video providers. Since these providers may collect personal data like your IP address we allow you to block them here. Please be aware that this might heavily reduce the functionality and appearance of our site. Changes will take effect once you reload the page.